Nunavik communities are located at distances ranging from 1,500 to 2,500 km north of Montréal. Only three of the communities have populations of more than thousand. Roughly 90% of Nunavik’s total population is Inuit. There are no roads between the Nunavik communities, nor are there roads linking Nunavik to the south. Air service provides the only year round passenger transportation and shipping in the summer. All required supplies are brought in by air. The cost of living in Nunavik has been established at 69% higher than elsewhere in the province of Québec. A 2001 Statistics Canada report on Harvesting and Community Well Being among Inuit establishes the cost of staple food items in Kuujjuaq at 2.4 times the cost of the same foods in Montréal. The Inuit of Nunavik are not subjected to the Indian Act and pay all federal and provincial sales and income tax at the same rate as other Canadians.

The language of the Nunavik Inuit is Inuktitut, and it is spoken and used by nearly all Inuit, with a retention rate over 95%. It is a principal language of instruction in the schools from kindergarten to grade 3 and is used exclusively in the childcare centres. Schools were first implemented by the federal government in the 1950s. This initiative, along with the eradication of the use of dogs in the Nunavik population’s way of life, accelerated the transition to a sedentary lifestyle. Schools are now the responsibility of the Kativik School Board, an entity created under the James Bay and Northern Quebec Agreement (JBNQA).

The Québec Boundaries Extension Act, 1912 transferred what is now referred to as the Nunavik territory to the Province of Québec on condition that the indigenous rights in the territory be recognized. Following actions undertaken by the government of Québec to develop the hydroelectric potential of the James Bay and Nunavik territories, court actions were initiated and led to the signature of the first modern treaty in Canada, the JBNQA. The Nunavik Territory’s administration, since the signature of the JBNQA in 1975, is organized under such a treaty, which provides specific regimes for the management of the resources and wildlife, notably at Section 23 (Environmental Regime) and Section 24 (Hunting and Fishing Regime). Both regimes were enacted under laws for the Province of Québec and through the creation of advisory bodies responsible for the management of each regime. 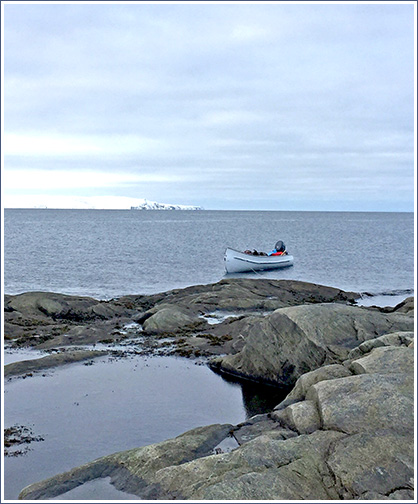